“Abraham Zumkehr married for the third time to Anna Susanna Holzer in approximately 1867. She was 36 years younger than Abraham. Six children were born to them. The first two, Christian and Johannes, never came to America. They married and remained in Switzerland.

Emmanuel Fredrich (Fred) came on his own to America sometime before 1893. Here he married Katharine Warren and bought a farm in Maximo, Ohio. Fred wrote to his mother and three remaining children of how wonderful America was and pleaded for them to come live with him. Their father, Abraham, had now died and was buried in Bern, Switzerland. They came, arriving in 1897. Abraham Jr. and Peter soon made homes of their own.

Anna Susanna and Margareth stayed with Fred for a few months. Margareth was soon asked by a man to come and be his housekeeper. His name was Christian Moser, he had came to America from Switzerland himself and had just bought a farm on Salem Church Road in Alliance, Ohio. Margareth’s reply was, “Yes, I will come if I can bring my mother, she also needs a home.” The two moved in with Christian, one thing led to another and Margareth and Christian were married on May 11, 1897. Anna Susanna remained with them until her death in 1913, and was buried in Alliance City Cemetery.”

Emmanuel Frederick Zumkehr was born December 15, 1870 in Switzerland, and died October 29, 1957 in Canton, Stark, Ohio, US. He was buried on November 1, 1957 at Fairmount Memorial Cemetery, Stark, Ohio, US. As so often happens with German families, he appears to have gone by Fred or another variant of the name for at least most of his life. He married Katharina Warren on September 1893. As mentioned previously, his parents were Abraham Zumkehr and Anna Susanna Holzer.

Fred Zumkehr was a farmer. He immigrated to the US in 1890 and became a US citizen in 1896, according to the 1920 US Census records. Katharina immigrated in 1891 or 1892. The records states they were both able to read and write, though their native tongue of course was German. As of 1900, Katharina was unable to speak English. She was a homemaker.

Of note, in 1900 a servant by the name of Louisa Knory, age 22, of Switzerland was living with the family, along with a Bertha Knory of Nebraska who was age 4.

Susanna Katharina Werren was born January 13, 1871 in Diemtigen, Bern, Switzerland. Family records state she was born on the 12th of January, but her baptism record states it was the 13th. She died May 9, 1938, and buried May 12, 1938 at Fairmount Cemetery, Stark, Ohio, US. Her parents were Johannes Werren and Magdalena Widmer. As far as I have seen, she also always went by her middle name or some variant of. Her maiden name appears to have been Americanized once she immigrated, and changed from Werren to Warren.

Children of Fred and Katharina Zumkehr were:

(note: I have left out some details and information in regards to the living.) 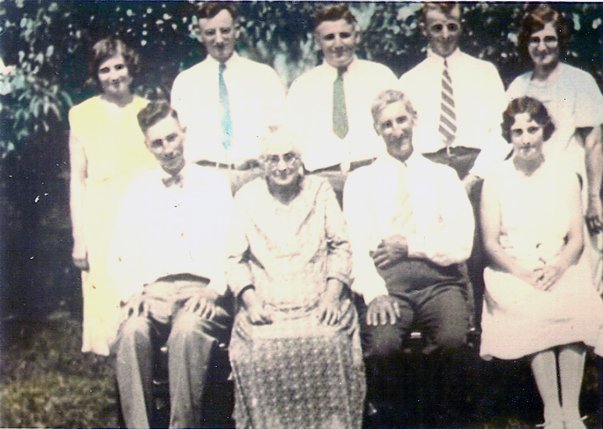